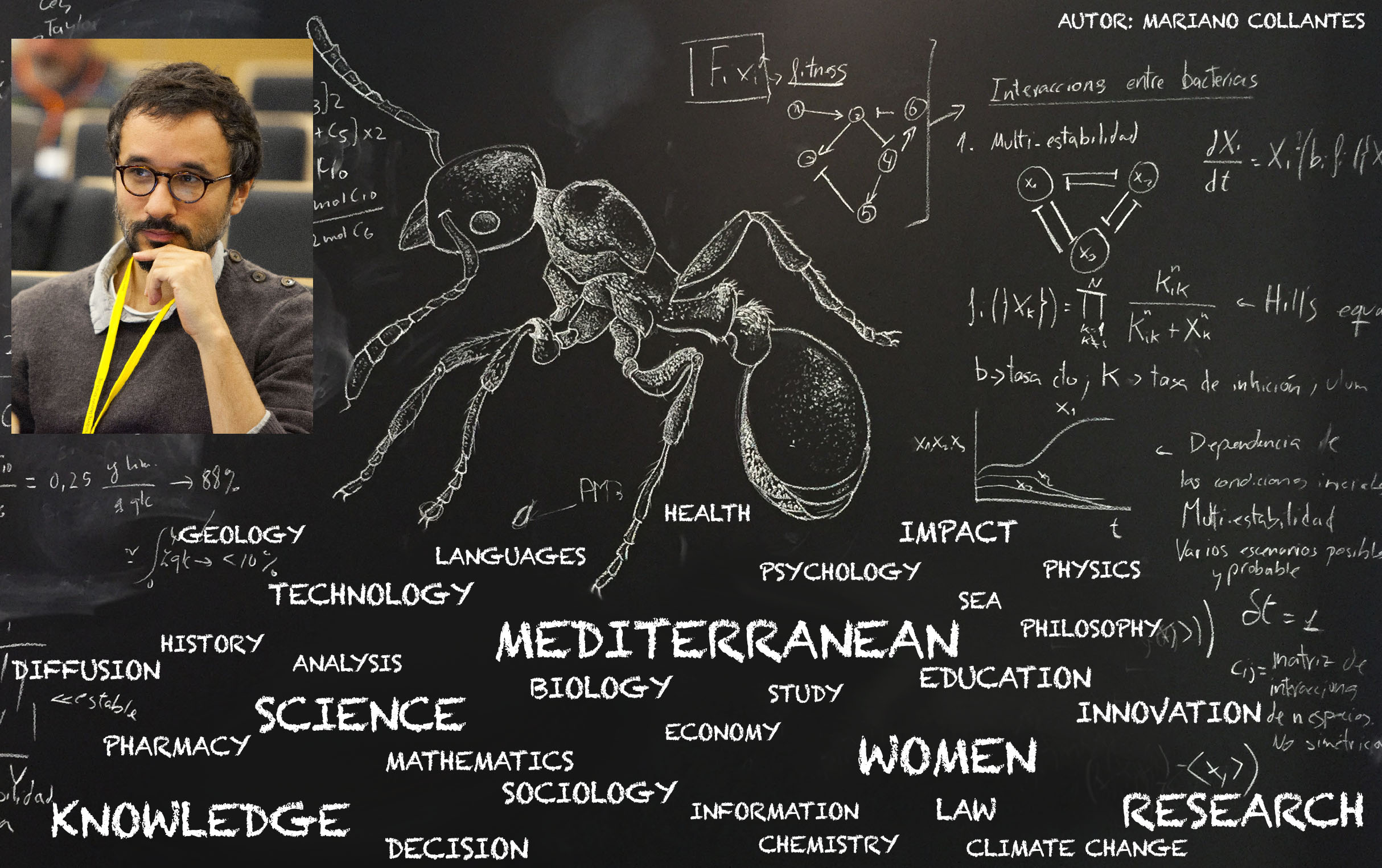 The objective of the scientific communication workshop of the University of Valencia is to train researchers in the dissemination of science so that they become familiar with good practices in scientific communication, particularly in the media. Taught by journalist Michele Catanzaro, it is aimed at people who are starting their research career and, in general, at anyone interested in science dissemination.

“Mediterranean Science. The MedNight project”, by the University of Murcia

Michele Catanzaro (Rome, Italy, 1979) is a journalist based in Barcelona, Spain. He has a degree (Sapienza University, Rome) and a PhD (Technical University of Catalonia, UPC, Barcelona) in Physics, on complex networks theory. He has worked since 2001 as a freelance, writing mainly about science, environment, health, technology, science policy, and academic freedom. He has worked as well on justice and forensics.

His working languages are English, Spanish, Italian, and Catalan. He collaborates with Nature, El Periódico (Spanish newspaper) and other media. He has published in Suddeutsche Zeitung, Der Spiegel, The Guardian, Repubblica.it, Le Scienze, and other outlets. He is co-author of the book “Networks: A Very Short Introduction” (Oxford University Press, 2012). He is also co-author of the documentary Fast Track Injustice: The Óscar Sánchez Case (2014), that received the Golden Nymph Award in 2015.

His work has been recognised also by the King of Spain International Journalism Prize for his investigation in the justice miscarriage case of Óscar Sánchez; the European Science Writer of the Year 2016 Award for his investigation in forensic phonetics; the BBVA Innovadata award for Fuga2, a data-journalism project on the Spanish brain drain; the Prismas Award for his coverage of CRISPR; the Colombine Award for a series of profiles of African women scientists; and the Holtzbrink award for a story on the cost of innovative drugs (Zolgensma, in particular). He has coordinated projects funded by the Journalism Fund, the Journalism Grants, and the Climate Investigation Grants. He has been director and script writer for RTVE (the Spanish public television) and BarcelonaTV. He has been content curator for exhibitions in collaboration with Mediapro Exhibitions. He has experience in communication, directing web documentaries for European research and communication projects and for the science&arts exhibition at Art Santa Mònica (Barcelona), and for the Culture Institute of Barcelona (ICUB). He was press officer at the Institute of Photonic Sciences (ICFO) in Barcelona. He has coordinated public lectures in science at the 150-years-old cultural association Ateneu Barcelonès. He teaches and mentors students in science communication at masters at the Autonomous University of Barcelona (UAB) and Vic University (UVic). He regularly gives lessons and workshops in science communication. He coordinates the PerCientEx project on excellence in science journalism. He has been a member of the board of the Catalan Association for Science Communication. He has been Journalist in Residence at the Heidelberg Institute for Theoretical Studies.