Bearing the MEDNIGHT flag, the science vessel Toftevaag is touring the Mediterranean, which you can visit 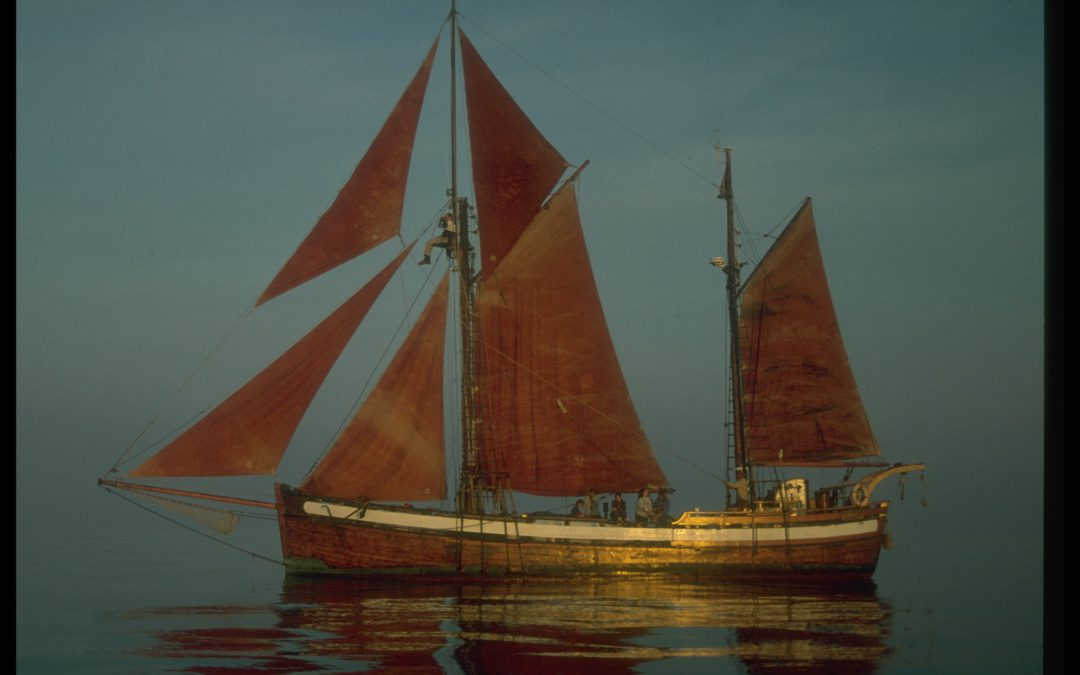 The centennial research vessel Toftevaag is making a stop in the ports of the Mediterranean with the MEDNIGHT flag. Starting June 8, and throughout the entire summer, it is possible to visit it and even enlist as a volunteer to participate in its citizen science activities in Almería, Granada, Águilas, Cabo de Palos, Ibiza and Portocolom (Mallorca).

One of the main objectives of MEDNIGHT, The European Researchers’ Night, is to inform the general population of problems involving the Mediterranean Sea and the science dedicated to solving them. For this reason, MEDNIGHT 2021 has embarked on the Toftevaag, a research vessel that can be visited in various ports of the Mediterranean throughout the summer.

The Toftevaag is a historic Norwegian fishing boat that for the last 32 years has been dedicated to research for the conservation of turtles, whales and dolphins in the Mediterranean. In addition, the Toftevaag sails to track illegal nets—the famous curtains of death—in an indefatigable campaign against illegal drift net fishing.

This year, Toftevaag is flying the MEDNIGHT flag in solidarity with this joint project, whose objective is to inform the general public of the most dramatic problems of the Mediterranean Sea and emphasize the scientific efforts that are trying to solve them.

In this alliance, MEDNIGHT is joining forces with an international volunteer program onboard the Toftevaag. The citizen science program was named “Everyone for the Sea,” and allows volunteers to enlist on the vessel to participate in its scientific expeditions.

The captain of the Toftevaag, Ricardo Sagarminaga, who has been working on sea conservation, especially for sea turtles for 39 years, will talk about his work onboard the Toftevaag each week on the MEDNIGHT website on a video blog that is now active (link to the video).

Throughout June and July, during the stops to restock supplies between one scientific expedition and another, the Toftevaag will open its doors to the public, and become a classroom at sea and traveling exhibition.

The vessel that takes care of the sea

The main achievements of the scientific work onboard the Toftevaag have been the creation of 14 protected marine areas, the reconfiguration of the maritime traffic in Alborán and the Strait, the development of mitigation measures of the accidental capture of turtles in the longline fishery of swordfish and the involvement of the fishing sector in the marine biodiversity conservation strategies.

These are the ports where it will be possible to visit the Toftevaag after making a reservation via the e-mail address: alnitak1414@gmail.com

The dates are subject to change, depending on the sailing conditions):

MEDNIGHT is celebrated within the framework of the European Researchers’ Night, a scientific dissemination project promoted and financed by the European Commission as part of the Marie Sklodowska-Curie actions (subsidy agreement no. 101036107) of the Horizon 2020 program.

Graphic material for the press here

The captain of the Toftevaag is available for interviews