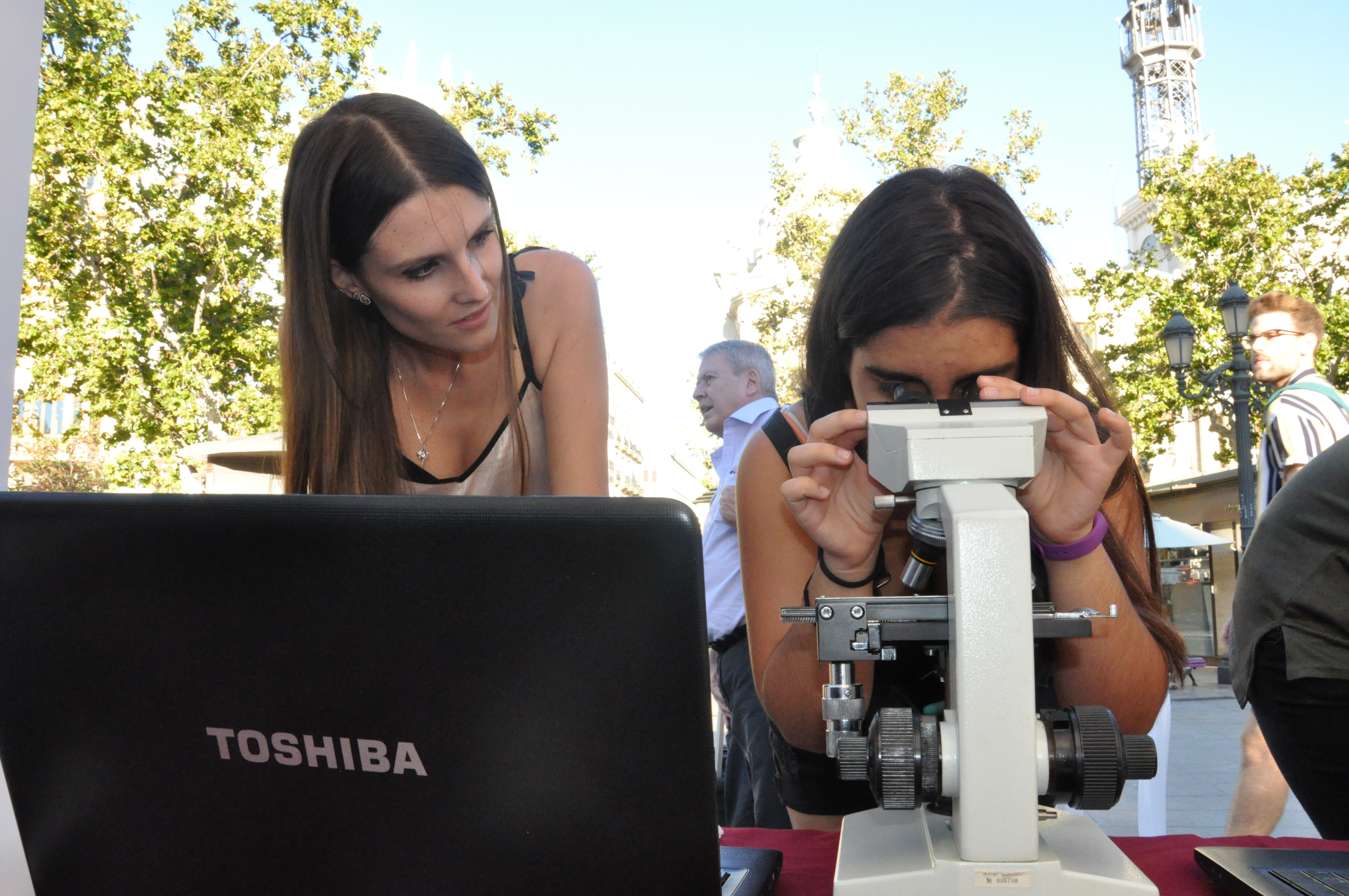 EXPLORE THE INVISIBLE BIODIVERSITY OF THE MEDITERRANEAN

The workshop will last 20 minutes, which includes the collection of samples and viewing them. Groups of five will be formed, and each group will share a microscope. (Pre-registration is required in accordance with Covid-19 measures)

Objective: Biodiversity is the term used to refer to the wide variety of living beings on Earth. Although throughout our lives, we interact with an infinite number of them, we are incapable of seeing most of those with which we co-exist in plain sight. This activity is intended to bring the public closer to this “hidden” microscopic world in order to get to know it better, and thus become aware of the importance of respecting it and protecting it from the great biodiversity crisis that we are currently facing. Thus, the workshop falls under the umbrella of “Geology and Biodiversity,” one of the subject areas of the MEDNIGHT project.

This workshop is intended to:

With the integration of these three ideas, the ultimate purpose of these activities is for users to be aware that there are many different types of life on Earth and emphasize the importance of their presence.

Description: The activity will be carried out in the gardens of the former riverbed of the Turia River in Valencia, and will be promoted by the Foundation for the Promotion of Health and Biomedical Research of Valencia Region (Fisabio). It will form part of the

The workshop will consist of collecting biofilm samples present in the water from one of the fountains in the garden and later viewing it through four optical microscopes.

The activity will be accompanied by an introductory talk, before viewing the samples. This talk has the objective of explaining what microscopic beings are, especially focusing on the fact that they form their own ecosystem with different sizes and shapes, and at the same time, emphasizing the value of their biodiversity.

The talk will be accompanied by a didactic resource. This will be a printed sheet that explains the different sizes that living beings may have: from an elephant to bacteria. This resource is intended to show the spectator during the entire workshop the size of the biodiversity that they are observing.

The four optical microscopes will each have a camera installed, so that the four images recorded by these cameras will be simultaneously broadcast on a screen visible to the audience in attendance. The screen will be divided into 4 segments, each one of which will show what is being viewed in each microscope.

If possible, these four images will be correlated with four more images from the people who are observing at that time.

The resulting image (microscope + observers) will also be rebroadcast via streaming. The stream has a few seconds of delay, so online participation can only be via chat.

The target audience will be both children and adults. However, because of the features of the workshop, there will be greater focus on children above 7 years old. Groups of 20 people will be formed

The link to play will be available in early September.

In addition, it will be live-streamed on YouTube on September 24.

Description: The Fisabio Foundation is opening the doors to its public health research center in the virtual universe of Roblox, one of the multi-player platforms most used by children and teens.

With the objective of bringing science to the youngest ones in a didactic and fun manner, the game recreates the Fisabio building and invites you to tour its facilities, and learn about the activities that are being carried out in its laboratories.

For this edition of MEDNIGHT, the participants will not only be able to access FISABIO’s genomics and sequencing laboratories, this visit will also be extended to the Food Safety and Biobank IBSP laboratories.

In addition, via this ROBLOX link, you can access two mini-games: one about how to carry out a PCR test where the participants can move between the DNA chains and observe the process from inside a test tube, as if they were the size of polymerase; and another mini-game in which, from the Food Safety laboratory, the participants will learn how the presence of certain contaminants in foods that are typical of the Mediterranean diet is studied.

Two giant game boards – capacity for 4 children per game board. Duration of each game: 20 minutes.

Description:   Like the Game of the Goose, those who play “Bacteriopolis” turn into a bacteria. There are four in total. Each one of them is related to Mediterranean Science, either because it is in the Mediterranean Sea or because it has a function in the so-called “Mediterranean Diet” (Cyanobacteria, Candida, Streptococcus thermophilus and Lactobacillus).

Each user (each bacteria) advances on a giant game board until reaching the Fisabio laboratories. The special boxes indicate, for example, that Lactobacillus turns milk into yogurt or that some bacteria can be resistant to antibiotics.

Format: in-person or online (depending on the circumstances of COVID-19)

Intended for the general public

In the gardens of the former riverbed of the Turia River in Valencia, a Fisabio researcher will hold a talk/monologue related to one of the items of #MediterraneanScience. This talk/monologue will form part of an event that will feature the participation of the rest of the entities from Valencia taking part in the Mediterranean Researchers’ Night (MEDNIGHT 2021): the Universitat de València, INCLIVA and CSIC.